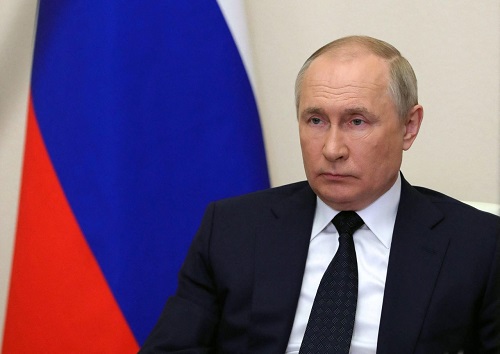 Russia launched referendums on Friday aimed at annexing four occupied regions of Ukraine, raising the stakes in the seven-month-old war with what Kyiv called an illegal sham that saw residents threatened with punishment if they did not vote.

The votes on whether the regions should become part of Russia began after Ukraine earlier this month recaptured large swathes of northeastern territory in a counteroffensive. Russia’s war has killed tens of thousands, uprooted millions and pummelled the global economy.

With Russian President Vladimir Putin also announcing this week a military draft to enlist 300,000 troops to fight in Ukraine, the Kremlin appears to be trying to regain the upper hand in the grinding conflict.

And by incorporating the four areas into Russia, Moscow could portray attacks to retake them as an attack on Russia itself, a warning to Kyiv and Western supporters.

Putin on Wednesday said Russia would “use all the means at our disposal” to protect itself, an allusion to nuclear weapons. “This is not a bluff,” he said.

The referendums had been discussed for months by Moscow-installed authorities in the four regions – in Ukraine’s east and southeast – but Kyiv’s recent battlefield victories prompted a scramble to schedule them.

Voting in the provinces of Luhansk, Donetsk, Kherson and Zaporizhzhia, representing about 15% of Ukrainian territory, is due to run from Friday to Tuesday.

Serhiy Gaidai, Ukraine’s Luhansk region governor, said that in the town of Starobilsk, Russian authorities banned the population from leaving the city until Tuesday and armed groups had been sent to search homes and coerce people to get out to take part in the referendum.

“Today, the best thing for the people of Kherson would be not to open their doors,” said Yuriy Sobolevsky, the displaced Ukrainian first deputy chairman of the Kherson regional council, said on messaging app Telegram.

The referendums have been condemned by Ukraine and the West as illegitimate and a choreographed precursor to illegal annexation. There will be no independent observers, and much of the pre-war population has fled.

The Organisation for Security and Cooperation in Europe (OSCE), which monitors elections, said the outcomes would have no legal bearing as they do not conform with Ukraine law or international standards and the areas are not secure.

Gaidai said that in the Russian-held town of Bilovodsk, a company director told employees voting was compulsory and anyone refusing to take part would be fired and their names given to security services.

“The mood of the Russians is panicky because they were not ready to carry out so quickly this so-called referendum, there is no support, there’s not enough people,” Kherson’s Sobolevsky said on messaging app Telegram.

Gaidai decried the plebiscites as “elections without elections”. He said people were being forced to fill out “pieces of paper” without privacy in kitchens and residential yards, with towns sealed off so people could not leave to avoid voting.

Russia maintains that the referendums offer an opportunity for people in the region to express their view.

“From the very start of the operation…, we said that the peoples of the respective territories should decide their fate, and the whole current situation confirms that they want to be masters of their fate,” Russian Foreign Minister Sergei Lavrov said this week.

Ukraine says it will never accept Russian control of any of its territory and will fight until the last Russian soldier is ejected.

Residents of the Ukrainian capital Kyiv, from which Russian forces were repelled by strong resistance in March, were dismissive of the referendums.

“(They) will give Moscow no upper hand. It’s all nonsense, bluff, and political manipulation to frighten us and the Western countries with their nuclear stuff,” 65-year-old Oleksandr Yaroshenko told Reuters.

Voting for residents who have fled occupied territories was also being held at some 20 polling stations in Moscow, including the embassy of the self-proclaimed Donetsk People’s Republic, a Russian lawmaker said.

Russian-installed authorities in Kherson said all permanent residents of Russian-controlled regions who are currently in Russia would be able to vote in the town where they are staying, on presentation of relevant documentation.

Ukraine says Russia intends to frame the referendum results as a sign of popular support, and then use them as a pretext for annexation, similar to its takeover of Ukraine’s Crimea in 2014, which the international community has not recognised.

Hinting at the Kremlin’s strategic calculation in staging the referendums, ex-president Dmitry Medvedev, now deputy head of its national security council, warned Moscow would henceforth deem any attack on the four territories as one on Russia itself.

“Encroachment onto Russian territory is a crime which allows you to use all the forces of self–defence,” Medvedev said in a Telegram post on Thursday, adding that any weapons in Moscow’s arsenal, including strategic nuclear weapons, could be used.

The plebiscites have been denounced as an illegal farce by world leaders including U.S. President Joe Biden, U.N. Secretary-General Antonio Guterres and French President Emmanuel Macron, as well as NATO, the European Union and the OSCE.

Russia already considers Luhansk and Donetsk, which together make up the Donbas region Moscow-backed proxies partially occupied in 2014, to be independent states.

“Voting has started in the referendum on Zaporizhzhia region becoming a part of Russia as a constituent entity of the Russian Federation! We are coming home!” said Vladimir Rogov, an official in the Russian-backed administration of that southern region of Ukraine.

Despite the plan to mobilise reservists, Putin maintains Russia is only carrying out a “special military operation” to demilitarise Ukraine, rid it of dangerous nationalists and defend Russia from NATO.

Kyiv and the West call Russia’s actions an unprovoked, imperialist bid to reconquer a country that shook off Russian domination with the 1991 break-up of the Soviet Union.

Dem Senator Breaks From The Pack To Endorse Bernie Sanders 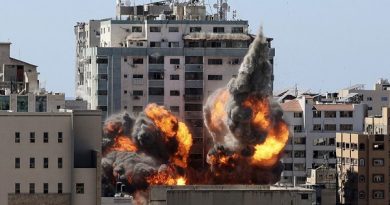 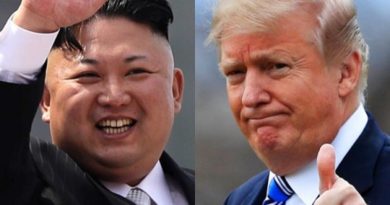 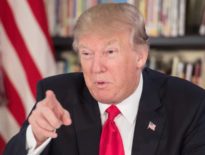 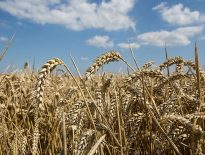