CRIMINAL elements operating in Nigeria are getting more sophisticated in their operations, using very expensive fast moving vehicles and bearing sophisticated weapons. Bandits terrorizing the Northern part of the country use high range weapons such as RPG, AK47 and explosive; the murderous Fulani herders use AK47 and other heavy weapons just as the gunmen ravaging the South East region. Should vigilantes bear arms of equal capacity to tackle them?

Ohanaeze Ndigbo said competing for superior arms with criminals is not the solution. Rather, provision of good governance, jobs and elimination of corruption is the answer.  Sophisticated firearms are very expensive and not easy to acquire, not many communities can afford them.

Dr. Chiedozie Alex Ogbonnia, Ohanaeze’s spokesman, disclosed that “leadership of Ohanaeze Ndigbo took part in a meeting where one of the South East governors was complaining about the cost of one unit of eight rounds of machine gun; and that ten units will cost about five million Naira for each autonomous community in the state. The solution for the increased crime wave is not to compete with the criminals in the category of firearms. The solution lies in interrogating the causes of high crime rate.

“The increase in crime is an effect; an outcome and a manifestation. For example,   we have a high proliferation of Churches; high numbers of Keke Napep, the new POS street banking, the high influx of youths into politics, etc. These are signs of poor economy, unemployment and poverty caused by poor governance. The solution lies in good governance, job creation and above all, a determined genuine fight against corruption”.

We don’t support it, it’ll be abused —ADF

They should bear even higher arms—Enugu monarch

The traditional ruler of Iggah Ancient Kingdom in Uzo-Uwani Local Government Area of Enugu State, Igwe Herbert Ukuta, is of the strong view that they should be allowed to bear automatic weapons in order to effectively contain the menace of marauding herdsmen, bandits and kidnappers in Nigeria. He however, cautioned that the operatives of such vigilante security outfits must be well trained to avoid misusing the weapons at their disposal.

“My take on this is that it is fair and proper for Forest Guard Neighbourhood Watch in Enugu and other local security operatives to bear sophisticated weapons in order to match the firepower of the criminals, especially kidnappers, marauding herdsmen and gunmen causing havoc in different communities across Nigeria.

A legal practitioner, Prince Christopher Muo said the horrific activities gunmen who last week ambushed and killed policemen on patrol along Ndianiche-Obinetiti along the Arondizuogu-Ikpa Ora-Okigwe road in Imo State, is a compelling reason vigilante groups should be allowed to bear sophisticated arms like AK47riffle. However, for them to bear such sophisticated arms, the laws establishing the groups  have to clearly spell it out.

“To sincerely secure any community using armed men in groups called vigilante or militia or police or an army, they must have superior fire power and numerical strength to match the invading group”, he said even as he expressed concern over where they would store their arms.

A vocal Igbo leader and professor of political science, Obasi Igwe supports equipping state vigilante groups with automatic weapons to be able combat AK-47 wielding Fulani herdsmen and protect their territories. However, he expressed reservation on the present crop of Ebubeagu operatives in Ebonyi and Imo States, warning that they should not be armed, alleging that they are already compromised in favour of their governors.

“Yes, arm the state vigilantes, but not the Ebubeagu type, aiding the terrorists”, Igwe said.

It’s risky to give automatic arms to untrained people —Ozobu

Prince Richard Ozobu believes that it is risky to hand over automatic arms to vigilante groups who are not well trained. He noted that the manner of recruitment and operation of the groups make it very risky to allow them to have automatic weapons. According to him, the  controversies trailing the operations of the Ebubeagu security outfit in Ebonyi and Imo States further provide good reasons that the society would be more endangered if automatic weapons are given to such local security outfits.

“It will be too risky to allow local security outfits like Amotekun, Ebubeagu and their likes to handle automatic weapons like AK47. I agree that the federal police system hasn’t been too effective. But we shouldn’t create a bigger problem while trying to solve a problem.

I think security should be handled by trained personnel, not those who are recruited through patronage and party loyalty. Security should be separated from sentiments. We should not play politics with everything, especially security.

“A political thug or member of the Governor’s party can be employed as Amotekun or Ebubeagu operative. And in any case, his loyalty is to the Governor, not to the state. So, are these the people you want to hand sophisticated weapons to? It is just a way of creating another problem out of the existing one”, Ozobu warned.

A retired Chief Superintendent of Police, based in Owerri, Imo State, Mr. Pius Nnodim, said automatic weapons should not be allowed to be in the hands of everybody involved in providing security. He expressed fears that some state governors may abuse the opportunity of controlling AK-47 wielding vigilantes.

He said: “State vigilantes should not bear automatic weapons, for doing so is equivalent to having state police. And the issue of state police has generated lots of concerns and reservations, especially with allegations of Ebubeagu being employed by some governors to execute extra judicial killings. The biggest problem we have with security in Nigeria is politics and lack of sincerity of purpose”.

The  paramount ruler of Isuochi Ancient Kingdom, Eze Gibson Ezekwesiri, whose domain has been under severe attacks by Fulani bandits, said that local vigilante groups should be allowed to bear automatic weapons to be able to confront terrorists invading their communities.

The monarch argued that “it is unfair”  to stop vigilante outfits from bearing weapons of equal propensity with the ones which bandits terrorizing the country have and  advised the Federal Government against partiality in granting license to states for automatic rifles to their local security outfits.

The Chairman, Abia State stakeholders’ forum, Bishop Princewill Ariwodoh, said that vigilante groups should be given the approval to bear automatic rifles so as to be able to face heavily-armed terrorists.

A retired police officer, Mr. Patrick Amuzie said he is vehemently opposed to arming local vigilante outfits with AK47 because they are not trained to handle such a weapon. The leaders should ensure that AK47 and other dangerous weapons do not get into wrong hands.

He said: “Only security operatives should carry sophisticated arms, but in this country, all manner of people parade with AK47. The question is, who authorities the distribution of dangerous weapons that get to the criminals? Security operatives should endeavour to mop up these illegal weapons as that will be the first stage towards demilitarizing the society.

“State governments angling to be allowed to purchase AK47 for their vigilante outfits should discard the idea. Rather, all the illegal avenues through which AK47 are brought into the country, should be blocked and those responsible for their importation should be prosecuted. How are we sure that the governors asking for AK-47 will not use it for political missions? I think  a sincere federal government should apply discretion in knowing those to grant such permission. The security situation in some states actually calls for such weapons”.

The Igbo National Council, INC, on its own rejected the idea of arming them with automatics weapons, arguing that the operatives are not train to handle such caliber of arms.

However, a former Anambra lawmaker, Hon. Chugbo Enwezor, advocates that vigilante operatives in the South East region should be allowed to bear sophisticated arms.

He said if armed robbers, kidnappers and Boko Haram insurgents and Fulani herdsmen are bearing sophisticated weapons like AK-47riffles and are maiming innocent citizens, the vigilante operatives who are protecting the citizenry should not use anything less.

“I totally align myself with Governor Rotimi Akeredolu of Ondo state who is insisting that his state’s vigilante outfit, Amotekun should be licensed to bear at least AK-47 firearms to be able to withstand the herders”, he said. 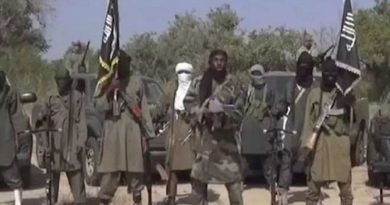 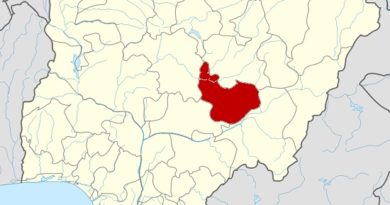 11 killed, 12 injured as Plateau suffers yet another attack 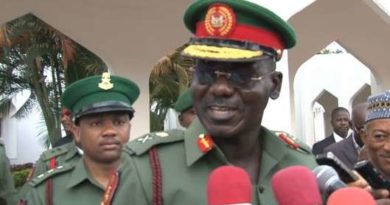 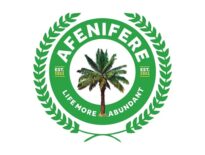 Security Kidnapping in Oyo, Osun, others: It’s time to ar… 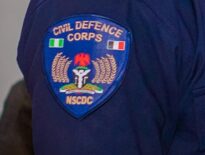