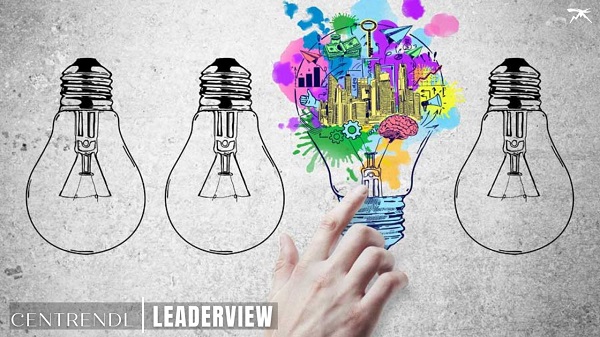 In examining this title, we’re going to be looking at certain examples from the life of Jesus, how He was able to apply this approach in His leadership assignments while He was on the earth, and how this approach was able to help Him in His ministry in resolving many challenges or many troubles that His ministry could have encountered even at the time. So, I want us to begin from the very first example of this counter-intuitive approach as we see it in the case study of Jesus Christ from the book of Luke chapter 22:47-51. Let’s see how Jesus applied a counter-intuitive approach to resolving a particular problem and to solving a particular organizational issue. Now, the Bible says from verse 47:

Listen to Podcast: A Counter-intuitive Approach to Solving Leadership and Organizational Challenges

And while He was still speaking, behold, a multitude; and he who was called Judas, one of the twelve, went before them and drew near to Jesus to kiss Him. 48 But Jesus said to him, “Judas, are you betraying the Son of Man with a kiss?” 49 When those around Him saw what was going to happen, they said to Him, “Lord, shall we strike with the sword?” 50 And one of them struck the servant of the high priest and cut off his right ear. 51 But Jesus answered and said, “Permit even this.” And He touched his ear and healed him.

Now you may be wondering: what exactly is counter-intuitive in what Jesus did in that place that we just read? Now, you will discover that at this particular point in time, Jesus was actually under attack, He was at the verge of being arrested by the soldiers that had come to arrest Him on the instruction of the high priest, and as led by Judas Iscariot, one of His former disciples. Now one of the things that is natural in such occasion like this is that His disciples and the people that were with Him, were supposed to fight back, they were supposed to resist the arrest of Jesus Christ at the time, it is just a natural thing to do. If you were with Jesus at the time, one of the things that your intuition would tell you at the time is, let’s defend the Master, let’s protect Him. And that was exactly one of the things that the disciple of Jesus did.

One of them, the Bible says, “brought out a sword, and in the process, cut off the ear of one of the soldiers that came to arrest Jesus.” So naturally speaking, your intuition would be to defend the Master. But now look at what Jesus did. The Bible says Jesus prevented them from doing so. Now this is an approach that counter-intuition is showing us. Now naturally this is what exactly was supposed to be the action or the attitude of the people around Jesus to defend Him. But Jesus said to him, to one of the disciples, who tried to defend Him, to permit it to be so. Now, the counter-intuitive approach in that Scripture is the fact that see, “don’t think in this manner.”

This is the way and manner that this scenario, this problem should have, you know, brought upon us to think. This is how we should think in a particular situation or manner. But Jesus using his counter-intuitive approach, simply thought otherwise. So, Jesus did not allow the intuition of His disciples to take over, He simply taught them to think otherwise; because if Jesus had allowed one of His disciples to go ahead with the cutting of the ear, now, one of the things that will happen in that place is that chaos will ensue. And at the end of the day, they may be able to properly defend Jesus, they will fight themselves and they probably sustained injuries, those who will die will die. But Jesus did not allow His disciples to think in that direction, He simply countered their intuition, He simply countered the way and manner they will think and react when that particular challenge presented itself.

Now, what exactly does this, you know, has to do with our leadership? It simply shows us that there are certain challenges and difficulties that we face or that we encounter in our leadership assignment. Now, there is a way and manner as leaders that we have been wired to think. So, you applying counterintuition in such a scenario simply means that you think otherwise. Now, this is the problem. This is the way and manner naturally that I will think to approaching or to solving this problem. But now, the way and manner I’m thinking is not actually going to solve the problem. So, what should I do as a leader? This is when your counter intuition simply comes in. Why not try the opposite? Or why not do something else other than what naturally comes to your heart, in the first instance, that you encountered that challenge in your leadership.

So, when we’re talking about counter intuition, it is simply talking about the way and manner that you think and approach problems and challenges that faces your leadership so that you can resolve them, not necessarily in a conventional way, but rather in an unconventional way that is sometimes beyond logic and reasoning in order to getting that problem resolved. Now, I don’t know if we got that.

Let me show us another example. Let’s look at the book of Luke chapter 9. Let’s see another counter intuitive approach that Jesus used in resolving another problem. Luke chapter 9:51-56. Now the Bible says:

“Now it came to pass, when the time had come for Him to be received up, that He steadfastly set His face to go to Jerusalem, 52 and sent messengers before His face. And as they went, they entered a village of the Samaritans, to prepare for Him. 53 But they did not receive Him, because His face was set for the journey to Jerusalem. 54 And when His disciples James and John saw this, they said, “Lord, do You want us to command fire to come down from heaven and consume them, just as Elijah did?” 55 But He turned and rebuked them, and said, “You do not know what manner of spirit you are of. 56 For the Son of Man did not come to destroy men’s lives but to save them.” And they went to another village.”

Now look at this Scripture very well. You see, the thinking of the disciples, in the above Scripture was that “how would these people not allow the Almighty Jesus Christ to go through their village or why would they behave like that?” Because naturally, they ridiculed Jesus’, you know, kind of authority, so to say. How can Jesus say, “I want to go through your village” and they say, “No, you can’t go through our village.” That was exactly what happened. So, James and John were disappointed that these people didn’t respect Jesus. They didn’t even respect the Anointed One, the Savior of the world. How would they behave like this? And so, the natural thing that came to them to solving that problem was that they want to call down fire to consume those people.

But look at what Jesus said to them. Jesus simply says, “No, you will not behave that way.” Now, that is counter-intuition. The intuition of James and John is “let’s call down fire to deal with these people.” Because if they call down fire, you know, they would have committed murder, they would have committed massacre in the name of Jesus kind of. And Jesus knew that this was going to be a problem for His ministry. Because imagine somebody going about killing people saying that, okay, we are doing it for our organization, or we are killing people in the name of our ministry, that was how it would have looked like, in that time for Jesus’s ministry, that incident would have, you know, bring about a major problem for Jesus, like how come your disciples called down fire and they killed people, a whole village. Imagine wiping out a whole village by fire. But Jesus simply countered that their intuition, Jesus simply rebuked their thought, like, you are not going to solve a problem by creating another problem, you are simply going to act otherwise.

So, in that instance, we saw that, that counter-intuition again helped Jesu to bring under restraint His disciples from acting out what naturally came to their mind the moment that problem encountered them along the way to Jerusalem. So, what does that tell us? It simply means that if we will think counter intuitively in our leadership, many problems that we have carried up until now would have been resolved if we allow ourselves to just tweak our thinking, or tweak the way and manner we approach problems in our leadership and in our organization.

Now, let me show us another example. Still in the same book of Luke 6:27-30, another counter-intuitive approach that we can learn from the life of Jesus. This is a very good example, the Bible says:

Now, sometimes when you wonder why Jesus was able to fulfill His assignment as a leader, it is simply because of these counter-intuitive approaches that He applied in His leadership. It is simply because Jesus don’t just think and act at impulse, Jesus took time to think about the challenges and the difficulties His ministry was facing and then He was able to find a way around them many times by thinking counter intuitively.

Now, in summary, many of the myriad of problems and challenges facing our organization would have become resolved, would have become a thing of the past if you and I as leaders would think counter-intuitively. Don’t just act on impulse, sometimes sit back, relax, and think about, you know, many things that you think you can do about a particular problem that you are currently having in your leadership and allow your mind to think backwards and to think forward so that you can come about a solution that will be lasting, and that will resolve that problem once and for all. This is what has been laid in my heart to share with us today on Leaderview and I believe that you’ve learned something that is going to help your leadership assignment going forward. 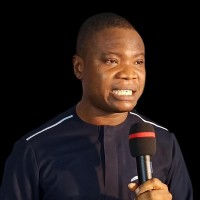 CEO/Chief Editor at FridayPosts.com
I am Abiola OBAYOMI Benjamin, a Writer by Grace, an Author: (Developing Yourself Spiritually), a Blogger (Fridayposts.Com), Director, School of Marriage at Centre for New Dimension Leadership, Abuja and a passionate Nigerian. I believe Nigeria will be great again, but the change we need in Nigeria begins with all of us doing things differently. Collectively, we can make Nigeria work.

I am Abiola OBAYOMI Benjamin, a Writer by Grace, an Author: (Developing Yourself Spiritually), a Blogger (Fridayposts.Com), Director, School of Marriage at Centre for New Dimension Leadership, Abuja and a passionate Nigerian. I believe Nigeria will be great again, but the change we need in Nigeria begins with all of us doing things differently. Collectively, we can make Nigeria work. 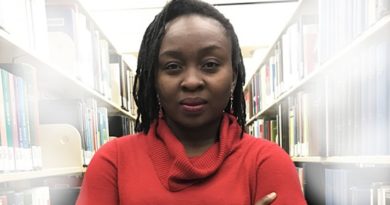 We still need Leaders with Integrity 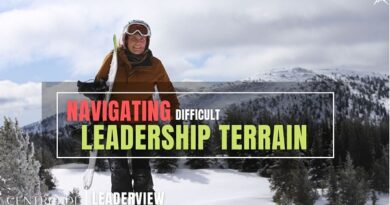 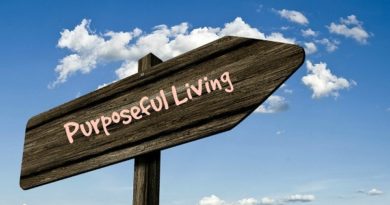 What Are You Living For: Purpose or Yourself?

A Counter-intuitive Approach to Solving Leadership and Organizational Challenges 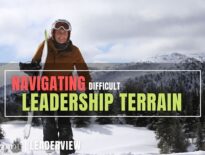 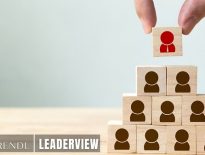