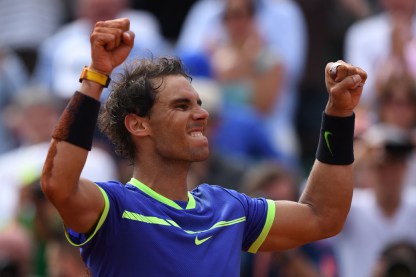 Two-time Wimbledon champion Rafael Nadal had a much more enjoyable experience on Saturday than his previous match as he eased into the last 16 with a 6-2, 6-3, 6-2 romp over French veteran Jo-Wilfried Tsonga.

The ease with which Nadal made the fourth round for the ninth time was replicated on the women’s side by Ashleigh Barty — who will be breaking new ground in appearing in the last 16 for the first time — and Serena Williams.

Nadal, who embraced Tsonga fondly at the end in stark contrast to the chilly handshake he had with fiery Australian Nick Kyrgios in the previous round, said he was delighted with the manner of his victory describing every match as a battle.

“I was very happy,” said Nadal. “I played a great match from the beginning to the end.

“Jo is one of those players you don’t want to face early but today was my day.”

Federer and Nadal’s one-time fellow member of the big four Andy Murray’s hopes of men’s doubles glory ended early as he and French partner Pierre-Hugues Herbert went out in the second round.

On the women’s side Barty and Williams could meet in a blockbuster quarter-final if they win their last 16 matches on ‘Manic Monday’. 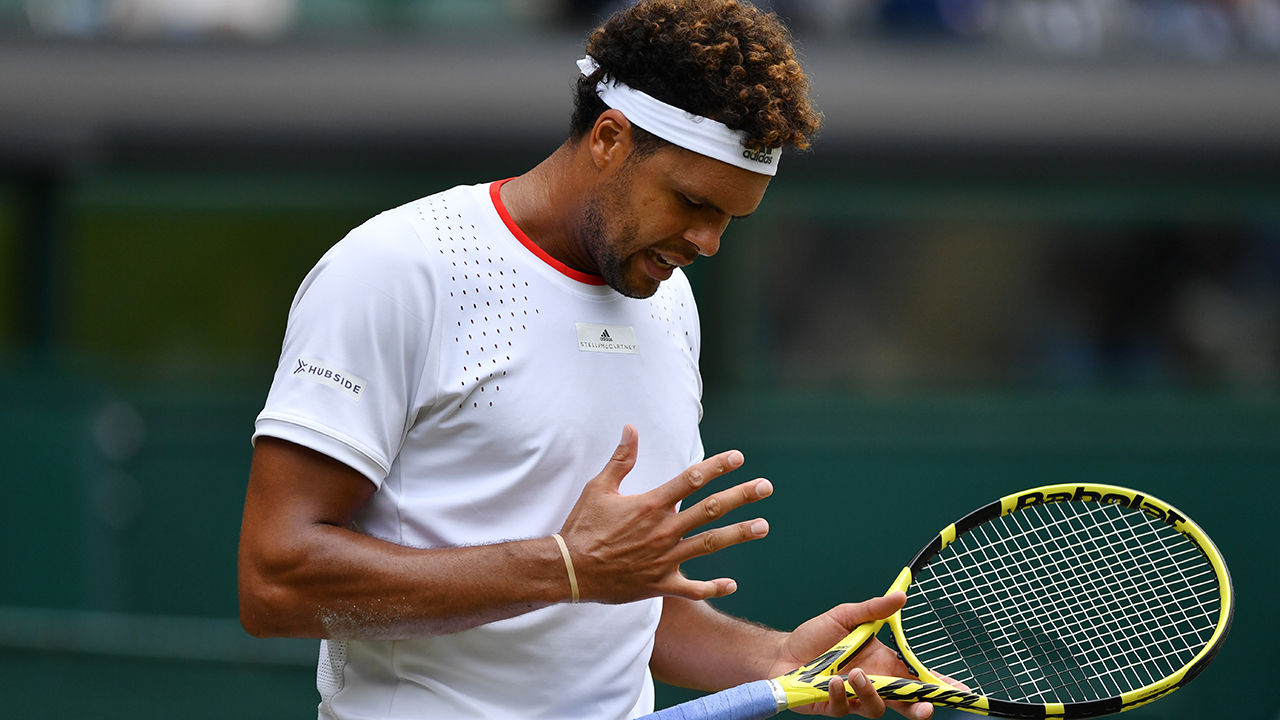 France’s Jo-Wilfried Tsonga reacts after a point against Spain’s Rafael Nadal during their men’s singles third round match on the sixth day of the 2019 Wimbledon Championships at The All England Lawn Tennis Club in Wimbledon, southwest London, on July 6, 2019. (Photo by GLYN KIRK / AFP)

While Barty will be in new territory playng singles at Wimbledon in the second week for the first time, for Williams it is the 16th time.

Barty, bidding to become the first Australian Wimbledon women’s champion since Evonne Goolagong Cawley won her second title in 1980, will play unseeded American Alison Riske for a place in the last eight.

She is also the first Australian woman to make the second week since 2010.

“That was really good,” said Barty. “I served really well and getting out of the love 40 game was massive.

Williams goes on to face Spain’s Carla Suarez Navarro for a place in the quarter-finals.

“It’s been an arduous year for me, so every match I’m hoping to improve tons,” said Williams, who had a knee problem which affected her season.

“Every time I get out there, I try. I’m getting a really late start but all that matters is that I’m still here.”

Mixed doubles rarely gets centre stage but British fans will wait till the bitter end as former world number one Murray will partner Williams against Andreas Mies of Germany and Chile’s Alexa Guarachi.

“I wanted to play mixed because I’ve only played just about 15 matches so far this year,” said Serena.

“It’s such a buzz going around about me and Andy now, that I’ve got nervous. 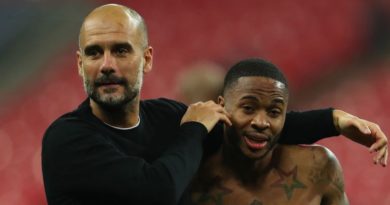 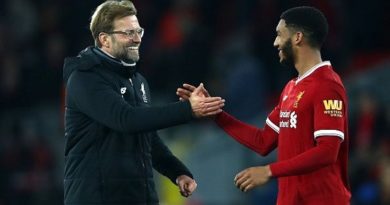 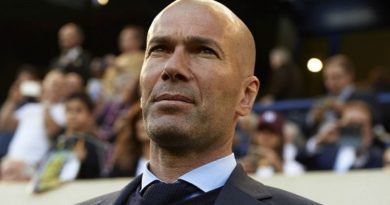 Zidane warns Real Madrid ‘we have won nothing yet’ 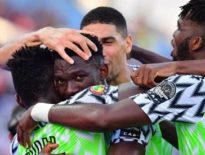 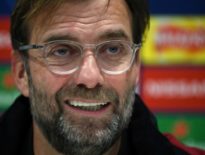 Sports & Entertainment Klopp: Oxlade-Chamberlain like a new signing for L…
0