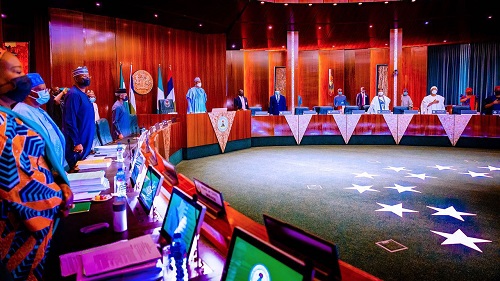 Economists have come hard on the Federal Government, as it proposes another round of borrowing for the 2023 budget year. Unanimously, they warned government to stop borrowing, just as the Director-General of the Debt Management Office (DMO), Mrs. Patience Oniha, yesterday, confirmed that Nigeria’s dept profile as at March 2022 stood at N41.60 trillion.

Even as the Nigerian Customs Service (NCS) faulted the Nigerian National Petroleum Company (NNPC) Limited over the latter’s claim of billions of naira spent on petroleum subsidy yearly.

Oniha, during her appearance at the ongoing engagement on the 2023 – 2025 Medium Term Expenditure Framework (MTEF) and Fiscal Strategy Paper (FSP) held by the House of Representatives Committee on Finance, yesterday, attributed Nigeria’s high debt profile to lack of revenues and approval of the yearly budget with a deficit by the National Assembly, which increased the nation’s debt stock.

She regretted that the country has been running a deficit budget for many years with an increased level of borrowing, especially since the outbreak of COVID-19 pandemic, stressing that the only way out of the problem is improved revenue generation.

She said: “As at December 2020, the debt stock of the federal, state governments and the Federal Capital Territory was N32.92 trillion. By December 2021, it jumped to N39.556 trillion. We publish quarterly, and as at March of this year, it was N41.6 trillion. On the average, Federal Government is owing about 85 per cent of the total sum.

“We have been running deficit budget for many years and each time you approve a budget with a deficit, by the time we raise that money because when you approve it, it is giving us a mandate, authority to borrow, it will reflect in the debt stock, so debt stock will increase. Also, note that states are also borrowing. So, we add their own.

“Until the issues of personnel, overhead and capital expenditure are properly addressed in the budget, borrowing would not stop.”

Recall that the Minister of Finance, Budget and National Planning, Zainab Ahmed, had laid before the lawmakers on Tuesday, the 2023-2025 MTEF/FSP, where she disclosed that the Federal Government will borrow over N11 trillion and sell national assets to finance the 2023 budget deficit.

Last year’s total deficit (fiscal and project-tied loans) stood at N7.35 trillion. The figure, in the best scenario) is expected to jump by 53.7 per cent to N11.3 trillion next year. Under subsidy removal conditions, it will hit N12.4 trillion.

Continuing, Oniha said: “A World Bank report showed that in terms of debt to GDP ratio, Nigeria is low but for debt service to revenue ratio, we are very high. So, if you look at tax to GDP ratio of these other countries, they are in multiples of Nigeria.

“The World Bank survey report of about 197 countries revealed that Nigeria is number 195, meaning we beat only two countries and that is Yemen and Afghanistan. I don’t think we want to be like those places.

“You must look at revenues very closely for funding our activities as opposed to deficit. We talk about N11 trillion deficit and borrowing for 2023, how much is the revenue there? That’s one. When we look at the first tranche that was N10 trillion for full year of subsidy and N9 trillion for subsidy next year, the size of the borrowing was 62 per cent of the budget. That’s high. The responsibilities, I think, are on both sides. Query the various expenditure lines and see what it is we can handle. So, if the deficit is lower, the borrowing will be lower and that’s how to grow on a slower pace.”

Besides, the Controller General (CG) of Customs, Hameed Ali, accused NNPC of churning out fictitious figures in the name of subsidy payments to the detriment of the masses.

Ali, who also appeared before the committee, disagreed with NNPC’s 98 million litres daily petroleum consumption figure in the country, saying it should not be more than 62 million based on the service’s findings.

According to the CG, the 36 million litres deficit in daily consumption is never accounted for by NNPC, yet, it remains subsidised.

“It is not possible for everyone to fill their tank everyday. The deficit of 36 million litres requires over 500 tankers to carry. Where do they load and take it to that we do not know?” he queried.

WEIGHING in on the debt debacle, the Chief Executive of Economics Associates, Dr. Ayo Teriba, said it would be extremely difficult to achieve a balanced budget under the fiscal condition.

“Between January and April, we spent N4.7 trillion but made only N1.6 trillion in revenue. The deficit was more than N3 trillion. If you want to limit spending to revenue, you would spend only N1.6 trillion. And that would not cover interest payment, which was N1.94 trillion. So, there is no question of doing a cash budget,” Teriba said.

While the economist forecloses a cash back zero budgeting, as it were, he believes the recourse to debt funding is a matter of policy choice and not a necessity. He lamented that the government has, in the past seven years, ignored the suggestion for it to turn moribund national assets into revenue.

Nine months to the end of its second tenure, the current administration has hit the brick wall in its hardline position on debt funding.

Teriba said it is a tough one to expect the government to make a u-turn nine months to the end of its tenure after over seven years of holding tenaciously to a less sustainable funding option.

“I think we would have to take it as the legacy of the administration; that it was an administration that handed over more or less 100 per cent deficit. The next regime would have to pay the debts accumulated by the regime and find the revenue to cover its expenditure,” he said.

On whether pushing the responsibility to the next administration would be a crisis, the economist insisted “Nigeria is not in any crisis but has options” which the current regime fails to explore. The asset lease option, he said, is a win-win that has been leveraged by Saudi Arabia, India and Brazil to unlock stable and sustainable cash flow and trigger growth.

“Attract foreign investments to idle assets to generate revenue for the government. We have idle assets, underutilised infrastructure and companies whose market value we don’t know,” Teriba concluded.

Whereas some economists said the government has failed in its handling of the economy, a member of the Presidential Economic Advisory Council (PEAC), which has been largely redundant in recent times, Bismarck Rewane, told The Guardian that the current administration has taken some actions, whose impacts are only waiting to manifest.

“What we need to do is to increase the revenue. The debt to revenue is the major challenge. Once we increase revenue and growth, we can avert any crisis,”

“They are making people aware of it. They are trying to be efficient. One thing is to raise revenue, another is to block the leakages. If you block leakages, your increase impacts. There is the time between when we take actions and when we see the impacts,” he said, acknowledging that the administration has taken some steps.

But a professor of applied economics and consultant to the World Bank and debt management expert, Godwin Owoh, has a contrary view. He used the analogy of a car and a flat tyre, warning that the government is dangerously driving at top speed while the tyres are flat. He insisted that it is time to apply the break from the culture of borrowing and review the framework.

“This government is supposed to have adopted the stance that is normally applied when a state and market have failed. You cannot be driving a car on a flat tyre and doing 120km per hour at the same time. The market has failed; the state itself has failed as well,” he said.

Owoh recalled an experience in a session in Rwanda where 12 out of the 18 experts facilitating were Nigerians. He said an Indian in the programme wondered what the Nigerian experts have been doing while Nigeria’s economy is being mismanaged, warning that exclusionary policies would eventually kill the economy.

“Those of them that bear the toga of professionals within their system have long forgotten professionalism. Otherwise, there is no way anybody should be talking of budget deficit, giving different scenarios… That deficit is uncalled for because the application of MTEF/FSP is wrong,” he said.

The economist frowned on incurring debts that will not increase the future cash flow of the Federal Government, saying it is insensitive to contemplate borrowing next year to fund a budget that would not make provision for capital projects.

HURIWA’s National Coordinator, Comrade Emmanuel Onwubiko, in a statement, said the government must not increase cost of governance at the detriment of the social wellbeing and security of the citizens, as such must positively impact the lives of citizens.

He said: “It is perplexing that there is no break to the borrowing spree embarked upon by the regime of President Buhari since 2015. It is more astonishing that the nation can go a whole year with no capital projects despite that, government keeps ballooning recurrent expenditures and increasing costs of governance at the detriment of the social wellbeing and security of citizens.

“The 2023 budget projection of the government is not acceptable. We call for amendments to reflect the popular will of the people, especially to reinforce the fight against insecurity, reduce costs of governance, increase social welfare for the disadvantaged, battle systemic corruption at its peak within government circles at all levels and build up the badly destroyed strategic sectors of roads, schools and hospitals,” HURIWA said in its statement. 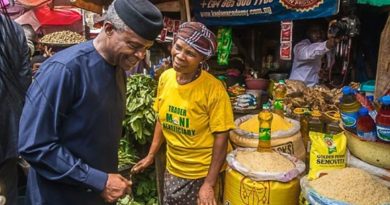 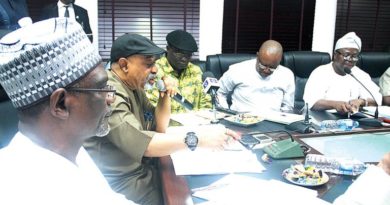 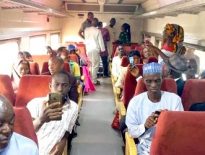 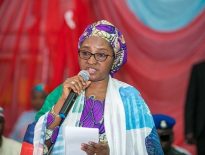